Pecos Bill was the greatest cowboy the West ever saw. This is the story of him and his sweetheart, Slue-foot Sue. Bill didn't have any trouble catching ladies. 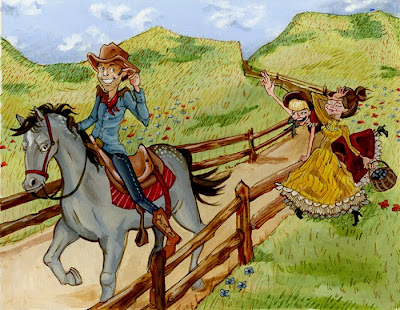 But everything changed when he met Sue. He first saw her riding a giant catfish down the Rio Grande, taking shots at the sky with her six-shooter. 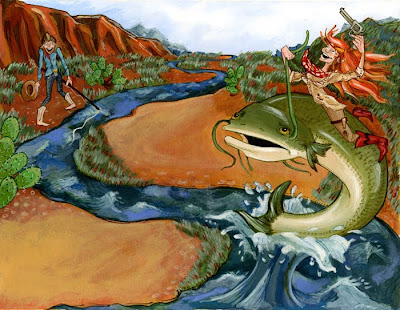 Bill was so taken by her he proposed on the spot. They planned to get hitched the very next day. 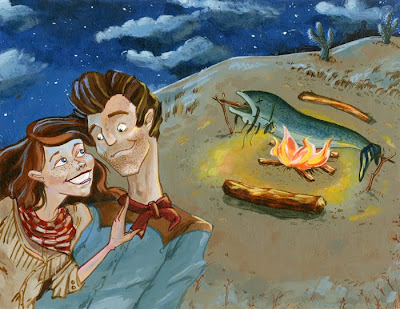 Sue got herself a fancy dress with a big old bustle in back. 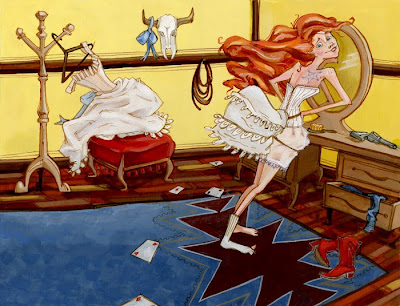 On the wedding day Sue was all dressed to the nines. She insisted that Bill prove he loved her by letting her ride Widowmaker, Bill's horse. He couldn't talk her out of it, so up she got. 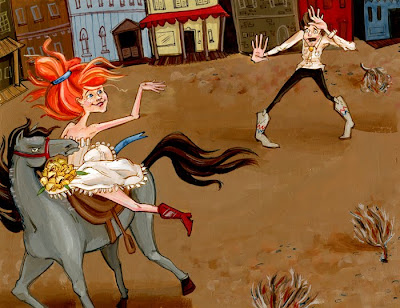 Widowmaker bucked and jumped and tossed poor Sue right off! 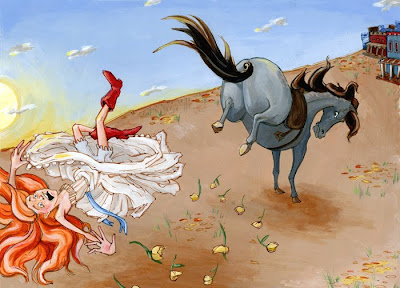 But when she came down and hit the dirt, Sue bounced right back up to the sky again, on account of that fancy, springy bustle. 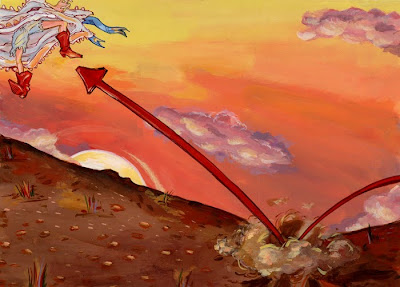 Sue bounced back and forth, higher and higher! 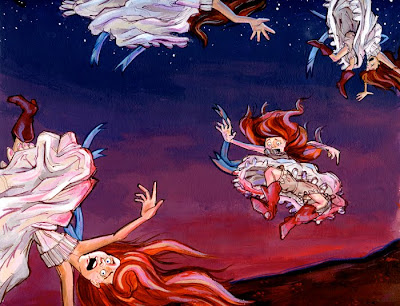 Finally she bounced so high she popped right into the moon. 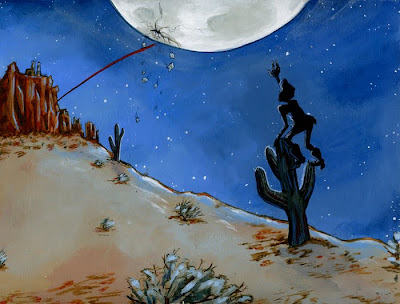 It was a crying shame, losing his Sue. But Bill tipped his hat to the moon every night after. Sometimes he could almost hear Sue cat-callin' back to him. 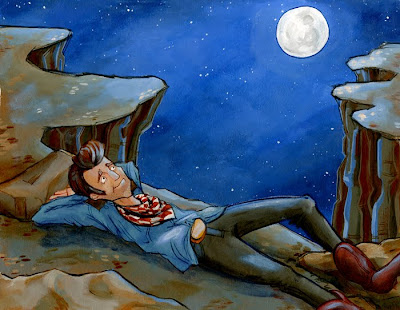 Want to see more of me?

My Portfolio Site
My Tumblr
My Twitter
Ten Paces and Draw